After all your basic needs are met, what would you seek in the post apocalypse? 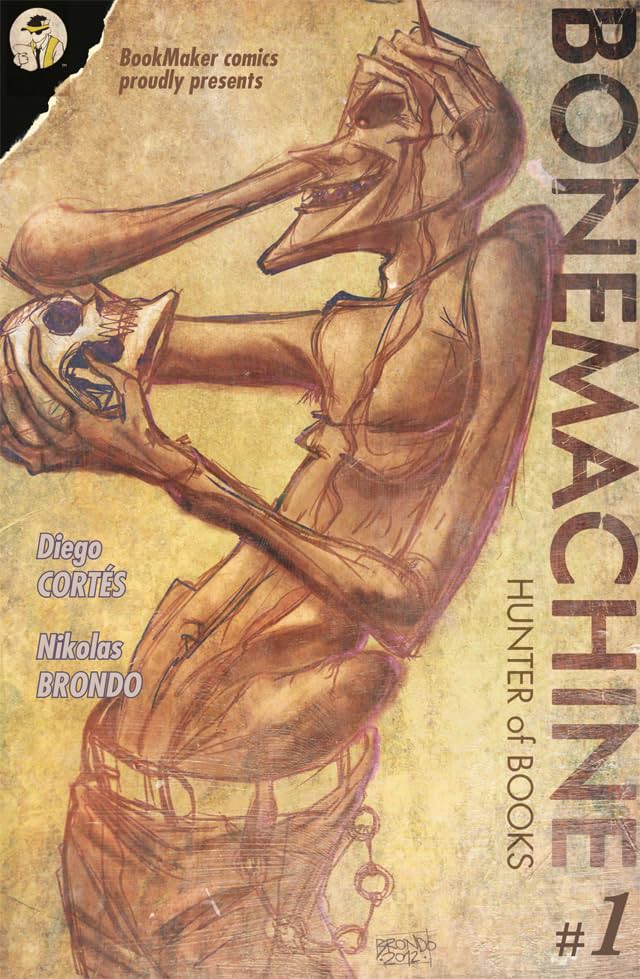 Set in a dystopian future, Bone Machine travels far and wide across the desert with his partner in search of the most valued possession to those with power and weapons: books. Boredom is a killer, even in the apocalypse, and Bone Machine is really good at his job.

Bone Machine returns to a well fed, well-hydrated fat cat, Gusano Blanco (white worm/maggot), to turn in his latest find: Slaughter House-Five. Bone Machine and his partner ask for coffee, canned food, bullets, meat, chocolate, candy, and milk. But the fat cat wants something else. Something different. Something that will last longer than books … a writer. Writers are kept by the “rich” and powerful as personal libraries. They are unable to read, but are forced to create on a dime.

In exchange for the writer, fat cat Gusano Blanco (white worm/maggot), offers Bone Machine a home — one that was meant to be traded for a water transport. Of course, water is of no consequence to Gusano, but what of everyone else? It’s no coincidence that access to clean drinking water carries little importance for Gusano – just as it’s no coincidence that 41.2% of Flint, MI population live below the poverty line. (CNN, Flint)

Water transports are highly prized and rare. A threat that translates to the real world. As of 2015, 663 million people in the world – one in ten – do not have clean water. (WHO/UNICEF Joint Monitoring Programme (JMP) Report 2015) In America alone “there were around 80,000 reported violations of drinking water safety regulations in 2015”. (NYTimes, Fortin) Most notably, the Flint Water Crisis (2007 to present) in which tested water was found to have 16 times the lead content than neighboring Detroit. (Flint Water Study).

At the end of the comic, we find the writer, frazzled and tattered, wandering through the desert as Bone Machine sets off to find him.

Bone Machine was written in 2013 and there is only one issue. The writing is a little disjointed but perhaps with additional releases, the story would have come together. The art — disturbingly gritty in all the right ways — is reminiscent of Sandman. I love the idea of this comic; you don’t often see post-apocalyptic comics where boredom plays a direct role. There is a lot of mystery wrapped up in the characters and it’s unfortunate that we don’t end up with any answers. Overall, it was a well-spent $2.

Review By Rachel McGill Of Lvl41Rogue: Comic Reviews & News | The Black Lion is a humble interdisciplinary journal that values your voice. Visit the submissions page to learn more about submitting to the Journal’s sections or to The Wire’s Dream Magazine. | Copyright Policy