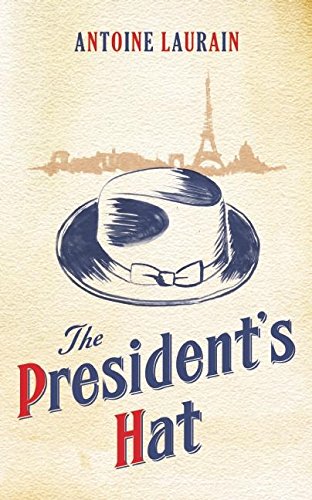 This book came at just the right time for me. I had been reading a long 600 page novel, which I had loved incidentally, but at the end of it I was keen for a quick engaging read. This novel fitted the bill perfectly, and came via my book club at the perfect time.

This compact novel has short chapters, it well written and like all good short novels, the sentences are well constructed and words are not wasted. This makes it very easy to pick up and put down although I often found after picking it up, I didn’t want to put it down and I whizzed through it in a couple of days.

The President’s hat in question is a stylish black felt hat originally owned by President Mitterand. It comes into Daniel Merciers possession when the president leaves it in a restaurant where the President had been eating at a table next to Daniel. Throughout the whole meal Daniel had been in awe at the power and sophistication which emanated from the table next to him. so when he realised the President had left his hat there was no question that he wouldn’t take it. As soon has he put the hat on it becomes clear that the hat has a mystical power, and over the next day and weeks he finds him self becoming unusually successful at work and his life improves in every way. Unfortunately for Daniel he loses the hat. It is found by Fanny Marquant an aspiring author currently stuck in an affair with a married man which is clearly going nowhere. She too experiences the power of the hat and it enables her to leave her lover and fulfil her writing dreams. The hat then moves into the ownership of Pierre Aslan a perfumer who has lost his creativity and ability to produce perfume and lastly to a successful art collector whose life has lost meaning. For each character the hat brings positive and exciting changes to their lives they could not have imagined with out it.

Using a hat as a vehicle for a story of a group of people who are unconnected in anyway except their general dissatisfaction with current events in their lives is so clever. In many ways this is a simple story but it taps into the frustrations and niggles that I suspect many of us have with the direction our lives may take from time to time. I love the idea that an supposedly indiscriminate object can possess magical powers to change lives for the better

This is unusual and quirky and such an original idea. I will certainly try and read The Red Notebook, the first novel by this author. 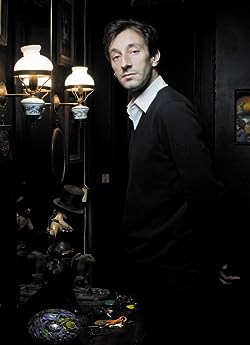 Novelist, journalist, screenwriter and collector of antique keys, Antoine Laurain was born in Paris in the early 1970s. After studying cinema, he began his career directing short films and writing screenplays. His passion for art led him to take a job assisting an antiques dealer in Paris, an experience which provided the inspiration for his prize-winning debut novel.

Review by Angela Vincent of Changing Pages: Books, Words, Pictures | The Black Lion is a humble interdisciplinary journal that values your voice. For contribution opportunities, Join As A Contributor; to learn more about submitting to the journal’s creative magazine, visit the The Wire’s Dream Magazine: Submit. | Copyright Policy