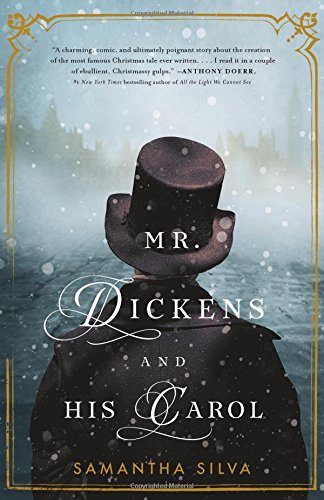 Mr. Dickens and His Carol

For the last few years I have been sure to read Dickens A Christmas Carol in the lead up to Christmas. It has become one of my own traditions and a story I have regularly enjoyed. So, when I was offered a copy of Mr Dickens and his Carol by Samantha Silva I jumped at the chance.

This book is the imagining behind Dickens’s Christmas Carol. What led him to write it and where did all those well known characters have their origins?

‘For Charles Dickes, each Christmas has been better than the last. His novels are literary blockbusters, avid fans litter the streets and he and his wife have five happy children and a sixth on the way. But when Dickens’ latest book, Martin Chuzzlewit, is a flop, his glorious life threatens to collapse around him. His publishers offer him an ultimatum; either he writes a Christmas book in a month or they will call in his debts, and he could lose everything.’

Charles Dickens is a man who has it all, but he also has a wife with expensive tastes, a father and a brother who are constantly borrowing money, and charities who are forever seeking his contributions. He is a naturally generous man, but at a time when he is struggling to write, he is impatient and fed up with them all. When his wife sweeps off to Scotland with his children he finds himself alone with a Christmas novel to write. He struggles with “writers block” and lack of inspiration and in his attempts to cure this finds himself back at the basic rooms he lived in as a single man. He journeys though the streets of London often in the dead of night meeting various characters along the way. He meets a mysterious woman who, with her son, begin to show him what Christmas really means. He is forced to face up to his past, his prejudices and mistakes, until finally inspiration strikes.

“Because there are times in a mans life when no knock on any door will divert him from the thing at hand, in particular when that thing is a goose-feather pen flying across the page, spitting ink”

This is one of my favorite quotes in the book, I love the image of the freedom in writing Dickens had which this passage conjures up.

Fact and fiction are seamlessly knitted together, and injected with a little bit of magic creating a charming story, full of warmth with a both unexpected and lovely twist. Mr Dickens and his Carol is guaranteed to ease you into the festivities, immersing you into Dickensian London with all the sights, sounds, and of course food of a Victorian Christmas

“The eve of Christmas week burst into the world, clear an dry, the streets one continuous blaze of ornament and show. Even the lesser thoroughfares were crowded late with holiday people all dreaming of the celebration to come. Shops sat in their best trim under bright gaslights turned all the way up, with evergreen plumage four stories high, like a great forest canopy. There were great pyramids of currants and raisins, brown russet apples and golden bobs, Ribston Pippins and huge winter pears; towers of jams, jellies and bon bons; solid walls of sardines, potted meats, bottled pickles, drummed figs.”

There is absolutely nothing bah humbug about this book. With such a pretty cover, it would look beautiful on any table or book shelf. The warmth of the story and the writing makes it perfect for curling up with on a cold winters evening. Losing yourself in the magic and “Christmassyness” of it all is a wonderful addition to any Christmas reading traditions, and may just have become one of mine. 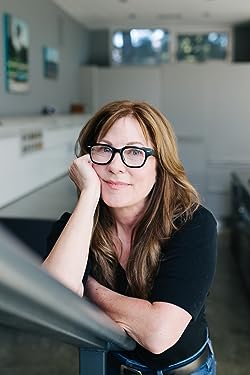 Samantha Silva is an author and screenwriter based in Idaho. MR. DICKENS AND HIS CAROL is her debut novel. Over her career she’s sold film projects to Paramount, Universal, New Line Cinema and TNT.

Article by Angela Vincent of Changing Pages: Books, Words, Pictures | The Black Lion is a humble interdisciplinary journal that values your voice. For contribution opportunities, visit the Opportunities page; to learn more about submitting to the journal’s creative magazine, visit the The Wire’s Dream Magazine: Submit. | Copyright Policy