Buy Into The Water

I’d been anticipating Paula Hawkins’s second book for awhile now because I did enjoy her hugely successful debut The Girl on the Train despite the fact the genre was weighing a bit on me at the time. But I was a bit concerned when I read the early reviews of Into the Water because many people found it confusing due to the HUGE amount of perspectives it’s told from. There are over 10 different characters that weigh in throughout the novel. So, unfortunately, I started reading it a bit on guard, readying myself to be disappointed — or at the very least, lost.

Into the Water takes place in a small, eerie little town which is home to a creepy river — a section of it nicknamed “the drowning pool.” Many women have died mysteriously there but they have been deemed “suicides” by law enforcement both past and present. We land here during present day where the body of a local artist, Nel has been found in the river just months after another suicide of a young teenage girl named Katie. Even more strange is that Nel’s daughter Lena was best friends with Katie; Nel’s estranged sister Jules is now trying to figure out Lena’s connection with the recent deaths. Are you still with me? Whew, that’s a lot to take in, isn’t it? But knowing that people found it confusing forced me to slow down as I read it, so I think I was so hyper-focused on “keeping things straight” that I found the plot and characters easy to follow — almost from page one.

My blogging bud Laila very deftly pointed out in her review that this book has a wonderful gothic feel to it which I couldn’t agree with more. I think that’s why I found this story so appealing. The whole atmosphere of the town is so perfectly rendered; everyone has secrets — even the young kids. The pacing of the gradual reveal of these secrets is masterful; Hawkins is a pro at building up just the right amount of suspense.

Sex seems to be a theme that runs through both The Girl on the Train and Into the Water — which is probably another reason why Hawkins’s books are so popular (ammiright?). One line in particular seemed to be the “key” to many of the secrets the characters held: “…where there is sex, there is motive.”(p. 335). Of course, this comes towards the end of the novel so it doesn’t give anything away but it was a turning point for me as a reader because I began to see the characters’s actions through a different lens.

I find people tend to be a bit harder on authors who have hit the big time, so I think some of the criticism around this book is just jealous grumbling to be perfectly honest. All in all, I really enjoyed Hawkins’s sophomore effort; it’s a good read and I was engaged almost 100% of the time. It’s not without its flaws — but what book is? I’ll be looking forward to her third one for sure. 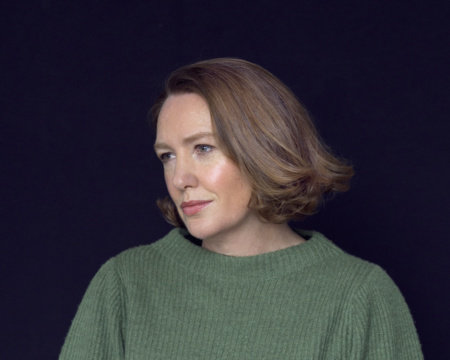 Paula Hawkins worked as a journalist for fifteen years before turning her hand to fiction. She is the author of The Girl on the Train and Into the Water. An international #1 bestseller, The Girl on the Train was published in 50 countries and over 40 languages. It has sold over 18 million copies worldwide and has been adapted into a major motion picture. Hawkins was born in Zimbabwe and now lives in London.

Anne Logan has worked in the Canadian publishing industry for 7 years and loved every minute of it. She reads a lot and I does not want to keep her opinions to myself, and so she reviews books.

Review By Anne Logan Of I’ve Read This: Looking For Something Good To Read? | The Black Lion is a humble interdisciplinary journal that values your voice. For contribution opportunities, visit the Opportunities page; to learn more about submitting to the journal’s creative magazine, visit the The Wire’s Dream Magazine: Submit. | Copyright Policy