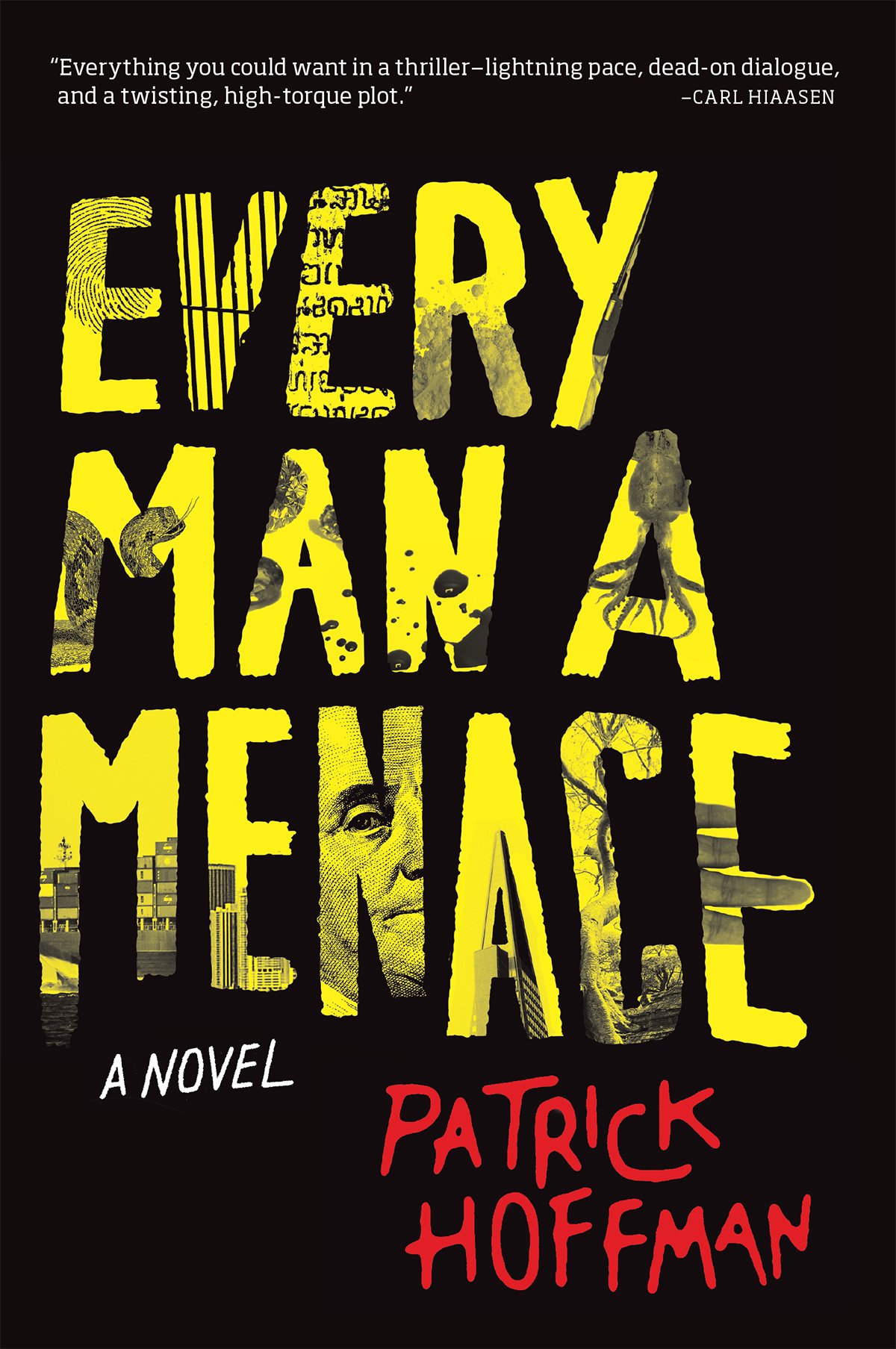 Do you watch CSI: Anywhere? Do modern day thrillers with drugs, violence and crime interest you? If you answered “yes” to any of these questions, there is no doubt in my mind that you will enjoy Every Man a Menace by Patrick Hoffman.

The book is split into five different parts with each focusing on a different link in the drug trade — all of them sketchy. There is Moisey, living in Thailand and setting off a chain of events all because of an indiscretion and subsequent phone call; Raymond, a newly-freed convict looking to make some cash now that he is on the outside; Gloria, a no-nonsense business woman that is old enough to be everyone’s Grandma, as well as many other unique and unforgettable characters. They are all involved in a 50 million dollar major drug shipment of ecstasy to San Francisco.

What makes this book stand out is Hoffman’s disjointed timeline. At times it can be a bit confusing — but I got the hang of it by the middle of the book. When he begins a new section he quickly situates it on a bigger timeline for the reader, which then allows us to settle in and enjoy what we are about to read rather than struggle to put the pieces together. There is definitely a larger puzzle; however, I didn’t feel pressured to figure everything out all at once — and not until the last few pages does everything make sense anyway.

What I loved about this book was each character’s ulterior motives — each being so selfish and despicable, their motives provided the necessary plot twists for this crime thriller. I realize a pretty obvious observation: you can’t trust drug dealers. Still, it was deliciously fun to read about. Plus, the bad-ass female characters were great — especially Gloria (she was my favorite). Hoffman did a great job of making these people three dimensional because I did not just see them all as so-called bad people — they were definitely on a scale. Some were sort of bad, some were awful and scary, and some where pitiable. The only thing they all had in common was how selfish they were. But again, probably not a groundbreaking observation there either.

This is Hoffman’s second book, and it appears as though it has been optioned for film, so we should be seeing more of him and his books in the future. I also want to mention that Hoffman works as a Private Investigator in Brooklyn, so aside from that being SUPER COOL it means he has seen a lot of what he is writing about — which lends an air of authenticity to this book as well.

Prior to working as an investigator, Hoffman drove a taxi in San Francisco. He was born in San Francisco, but raised in Colorado. He graduated with a Bachelor’s degree in Film Studies from the University of Colorado, Boulder.